Genomic DNA can fold into secondary DNA structures such as R-loops and G-quadruplexes (G4s) that regulate DNA replication, transcription and splicing. In addition to their regulatory functions, R-loops and G4s can interfere with replication and present a cell-intrinsic source of genomic instability. Accumulation of nucleic acid species in the cytoplasm that are a consequence of R-loop- and G4-dependent genomic instability may be linked to the activation of the inflammatory response, disease and aging. To identify mechanisms that oppose secondary structure-dependent genomic instability, we propose to develop G4 Proximity Proteomics (G4Prox) to map proteins that associate with G4s in physiological conditions, upon pathological G4 accumulation and in human stem cells. We will characterize the role of candidate proteins in suppressing G4s and explore whether G4 and R-loop-dependent genomic instability triggers signalling pathways that influence cytoplasmic processes and interplay with the inflammatory response. 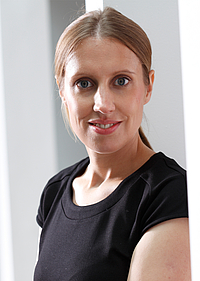