On 1 January 2019, the German Research Foundation (DFG) will establish the new Collaborative Research Centre (SFB) 1361 "Regulation of DNA Repair & Genome Stability". In addition to Johannes Gutenberg University Mainz (JGU), which will be represented by Prof. Helle Ulrich, the Institute of Molecular Biology Mainz (IMB), the University of Technology Darmstadt, the Ludwig Maximilian University Munich (LMU), and the Goethe University Frankfurt will be involved. The interdisciplinary network will bring together experts in structural biology, organic and biochemistry, cell and molecular biology and genetic toxicology. Initially, the SFB will receive approximately 10 million Euros in funding for the first four-year funding period. This research will contribute to our understanding of how the different DNA repair systems guarantee the stability of the genome and the information it contains.

The primary aim of the SFB is to investigate which forms of genome instability are found in cells, what their biological effects are, which signalling pathways are used to detect DNA damage, and which mechanisms cells use to protect themselves from damage. Furthermore, the SFB will investigate how the different DNA repair pathways are regulated and how the mutual relationships between them are controlled. The SFB will use the latest approaches in microscopy, proteomics and genomics as well as current methods for the recognition and quantification of DNA damage and DNA repair.

Prof. Helle Ulrich who is a Professor from the Department of Biology, and also a Scientific Director at the IMB and the spokesperson for the SFB, considers the establishment of this SFB to be a milestone for Mainz and Germany. "With its funding, the DFG is giving us the opportunity to set a new research priority in Germany in this important area of biomedicine”, she says. “Through the funding of both innovative research projects and support structures, Mainz now has the opportunity to exploit synergies in the area of Genome Stability and close the gap in terms of outstanding research with other leading locations worldwide."

The DFG's funding of SFBs supports long-term research collaborations lasting up to twelve years in which scientists work together within the framework of an interdisciplinary research programme. The aim is to create an institutional focus by working on innovative, demanding, complex and long-term research projects through the coordination and concentration of people and resources in the applicant universities.

The full press release is available in English and German 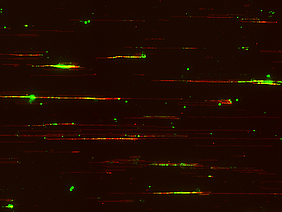