Mainz, 22 April 2020 – A team of researchers led by Prof. Helle Ulrich at the Institute of Molecular Biology (IMB) has developed a new technique and matching computational pipeline for mapping DNA single-strand breaks throughout the genome. The study was published today in Molecular Cell.

DNA, the carrier of our genetic information, is a fragile molecule. Exposure to damaging agents such as radiation or mutagenic chemicals causes a wide range of damage, or lesions. Among such lesions, breaks in one of the two strands of the DNA, so-called single-strand breaks (SSBs), are by far the most frequent. They occur more than 100,000 times per cell per day, both spontaneously in the natural milieu of the cell and as intermediates of DNA replication. If such breaks are not repaired, they can disrupt cell function or even cause mutations that may eventually lead to cancer.

To understand how cells repair SSBs and other types of DNA damage, it is important to be able to detect and map these lesions in an unbiased way across the genome. However, while several methods have been invented for genome-wide mapping of DNA double-strand breaks (DSBs) and lesions affecting individual bases, mapping SSBs has remained problematic.

To meet this need, Helle and her team developed a new technique based on next-generation sequencing, which they named Genome-wide Ligation of 3’-OH Ends followed by Sequencing (GLOE-Seq). The key to this technique lies in capturing SSBs by ligation to a biotin-labelled DNA adaptor before fragmenting the DNA for further processing. When analysing mammalian DNA (which is longer than microbial DNA), they also extracted the DNA from cells embedded in an agarose jelly to further prevent any unwanted breakage. In this way, DNA ends in samples of purified DNA can be captured for next-generation sequencing with minimal background noise.

Initial testing revealed that GLOE-Seq successfully detects more than 90% of predicted SSBs in a DNA sample digested with a nicking enzyme, with high sensitivity and single-nucleotide resolution. Helle and her team then used GLOE-Seq to map SSBs in colon cancer cells. They found that SSBs are underrepresented around the transcription start sites of genes, unlike DSBs (which are enriched at these locations), suggesting that SSBs and DSBs are formed by distinct mechanisms. Furthermore, they demonstrated that GLOE-Seq can be used to map other types of DNA damage by enzymatically converting them to SSBs. Finally, they asked whether GLOE-Seq would be suitable to detect the SSBs between Okazaki fragments on the lagging strand during DNA replication. They found that GLOE-Seq greatly simplifies analysis of Okazaki fragments and discovered a systematic pattern of SSBs on the leading strand that suggests the repair of misincorporated ribonucleotides is a major source of spontaneous SSBs in yeast and mammalian genomes.

As Helle says, “GLOE-Seq is a versatile tool that opens new ways for scientists to study DNA repair and replication. It allows us to simultaneously monitor DNA damage and important repair events over time, and it will enable us to address how DNA-damaging agents impact DNA replication patterns.” Helle and her team now plan to continue refining GLOE-Seq to further expand its range of applications. In future, GLOE-Seq could also be used to assess the effectiveness of anti-cancer drugs that inhibit DNA repair, or to determine the accuracy of DNA breaks produced by new genome-editing technologies.

For a PDF version of this research highlight, please click here.

Prof. Helle Ulrich is a Scientific Director at IMB and Professor of Biology at Johannes Gutenberg University Mainz. Further information about research in Ulrich lab can be found at www.imb.de/research/ulrich.

About the Institute of Molecular Biology gGmbH
The Institute of Molecular Biology gGmbH (IMB) is a centre of excellence in the life sciences that was established in 2011 on the campus of Johannes Gutenberg University Mainz (JGU). Research at IMB focuses on three cutting-edge areas: epigenetics, developmental biology, and genome stability. The institute is a prime example of successful collaboration between a private foundation and government: The Boehringer Ingelheim Foundation has committed 154 million euros to be disbursed from 2009 until 2027 to cover the operating costs of research at IMB. The State of Rhineland-Palatinate has provided approximately 50 million euros for the construction of a state-of-the-art building and is giving a further 52 million in core funding from 2020 until 2027. For more information about IMB, please visit: www.imb.de.

Boehringer Ingelheim Foundation
The Boehringer Ingelheim Foundation is an independent, non-profit organization committed to the promotion of the medical, biological, chemical, and pharmaceutical sciences. It was established in 1977 by Hubertus Liebrecht (1931–1991), a member of the shareholder family of the company Boehringer Ingelheim. With the Perspectives Programme “Plus 3” and the Exploration Grants, the foundation supports independent junior group leaders. It also endows the internationally renowned Heinrich Wieland Prize as well as awards for up-and-coming scientists. In addition, the Foundation is donating a total of 154 million euros from 2009 to 2027 to the University of Mainz for the Institute of Molecular Biology (IMB). Since 2013, the Foundation has been providing a further 50 million euros for the development of the life sciences at the University of Mainz. www.bistiftung.de 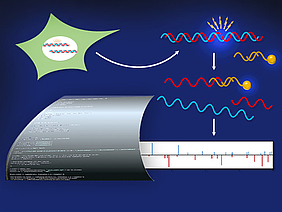