New publication from the Niehrs lab: R-loops, a bookmark for gene expression

Scientists from the Institute of Molecular Biology (IMB) in Mainz, and the German Cancer Research Center (DKFZ), Germany, have uncovered a new way in which cells control gene activity. In a paper in Nature Genetics, the group of Profs. Ingrid Grummt (DKFZ) and Christof Niehrs (IMB) describe a mechanism for how R-loops regulate gene expression. R-loops are interwoven strands of RNA and DNA and the groups show how R-loops are read and interpreted by the protein GADD45A as an important mechanism for gene regulation.

R-loops are formed when RNA slides between the two strands of DNA, binding to one and pushing the other out into a single-stranded loop. Until recently, R-loops have often been thought of only for their negative aspects, such as disrupting genome stability or mutating DNA. However, in a collaborative paper published in Nature Genetics, the groups of Ingrid Grummt and Christof Niehrs, describe how this tête-à-tête is a regular part of the cell’s repertoire for controlling gene activity. Using a gene that suppresses tumour formation as an example, they show that R-loops can act as homing beacons for proteins needed to switch the gene on.

The activating region of a gene—the promoter—is often modified in such a way that proteins needed for the gene’s expression can no longer bind. This “off” state can be converted to an “on” state by the removal of these modifications. As Prof. Niehrs explains, “R-loops form continuously in many genes. However, when they form near the promoter region, they can act as a platform for other proteins to come along and remove repressive modifications. Essentially, the cell is reading the R-loop and using it to activate genes at the correct time and place.” At the heart of their discovery is a ‘reader’ for R-loops, a protein called GADD45A, which specifically recognises these structures and recruits further gene regulators. This research emphasizes that R-loops do not only have negative effects but are part of a cell’s normal biology. It illustrates that R-loops are yet another tool cells use to control the activity of its genes—a process crucial for e.g. cell differentiation during development and cellular function.

A PDF version of the press release can be found here and the paper here. 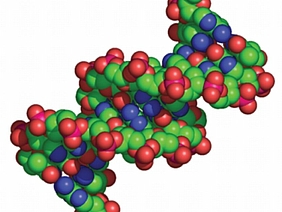